We are delighted to share the news that California Governor Gavin Newsom signed into law the Californian Age Appropriate Design Code (AB 2273) last week. In doing so he ushered in America’s first child rights’ centred privacy by design protections. Introduced by Assemblymembers Buffy Wicks and Jordan Cunningham and sponsored by 5Rights, the bipartisan bill is modelled on the UK legislation of the same name which is already mirrored by initiatives in a number of EU states, reinforcing an emerging global standard for the protection of children’s rights and privacy online.

“It is an enormous step that the Age Appropriate Design Code will be enforceable on both sides of the Atlantic. The overwhelming support the Code garnered among lawmakers in California – the home of Silicon Valley – and the broad popular support it commands across the world is an indication of the acute need for a new deal for children in the digital world.

“The AADC should now be recognised as a global standard for the privacy and safety of children online. It is incumbent on the tech sector to now put their unrivalled creativity and imagination at its service – and play their part in building the digital world children deserve. 5Rights will continue to support decision-makers and partners around the world to ensure the Code is taken up globally and enforced where it already exists.” 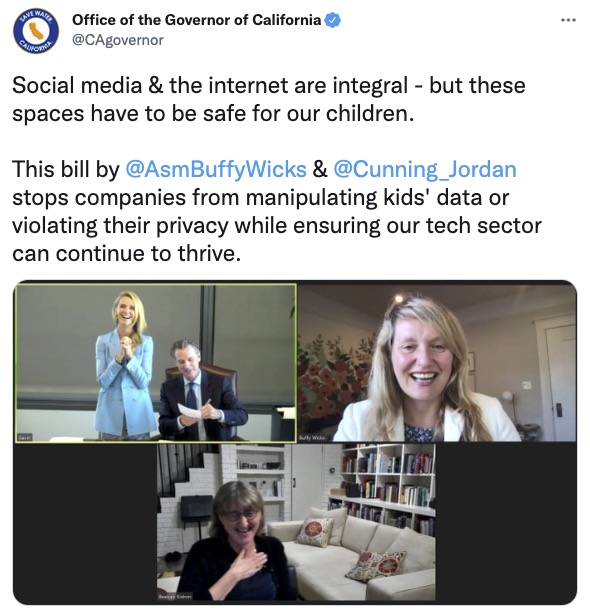 AB 2273, introduced by Assemblymembers Buffy Wicks (D–Oakland) and Jordan Cunningham (R-San Luis Obispo) and backed by a vast coalition of organisations including children and young people in the Design It For Us campaign, received sweeping unanimous bipartisan support at each and every stage of the legislative process.

More than 10,000 citizens, technologists, parents, and youth signed on to support AB 2273 and 90% of California voters supported the measure, which requires businesses that provide an online service, product, or feature that is likely to be accessed by children to comply with specific requirements ensuring that products are designed in the best interests of children.

The AADC, grounded in the EU’s General Data Protection Regulation, in September marked one year of implementation by tech companies and enforcement for children in the UK. Since it passed into law in 2020, a wide range of services have made hundreds of changes to their privacy settings, including some of the biggest companies in the world. In addition, many companies have also introduced new ‘wellbeing’ and timeout mechanisms to give children a break from intrusive and addictive services. The principles of the AADC are also reflected in the Irish Fundamentals for a Child-Oriented Approach to Data Processing and the Dutch Code for Children’s Rights. France and Sweden have also introduced similar data protection guidelines for business. 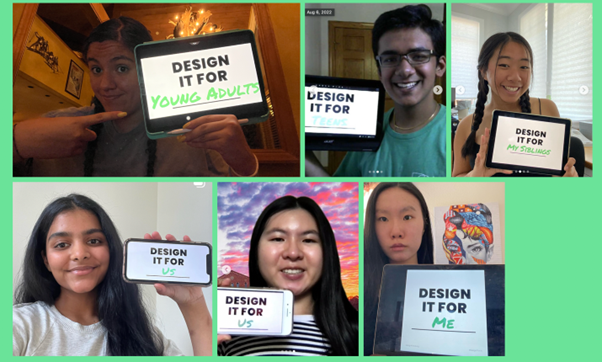 Please join us in celebrating and sharing this victory for children in California, and around the world! 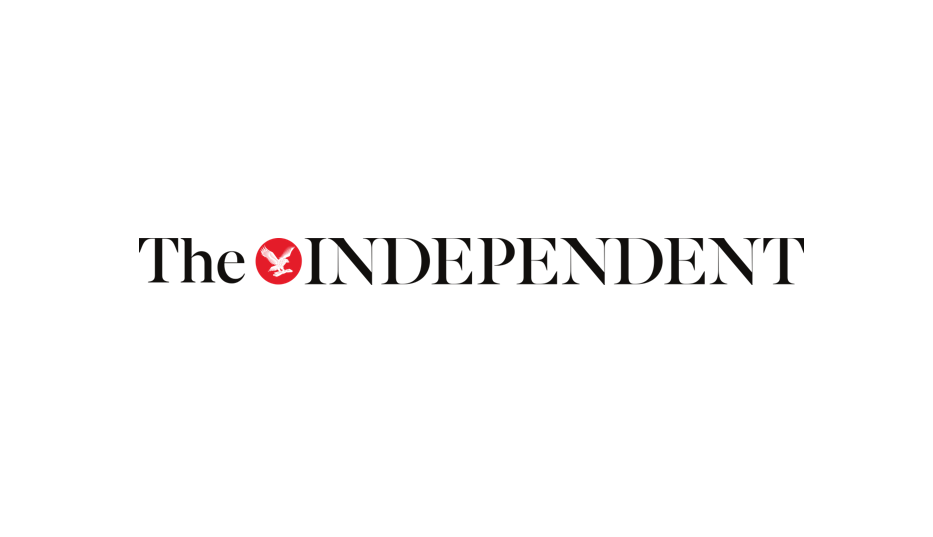